Pip Jepson at Waitaki Primary school found that a playground review was a rich local curriculum opportunity for her students to develop understandings in technology. 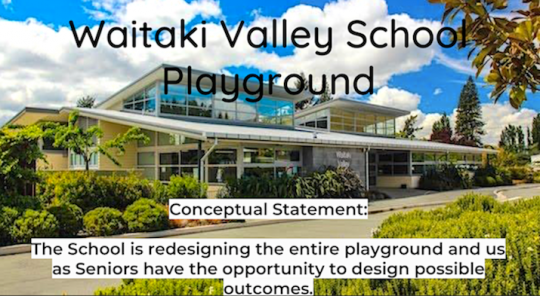 Why was the playground redesign a great opportunity? 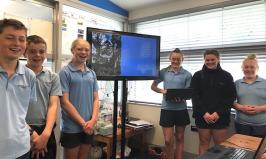 Pip had been delighted with the student learning that had occurred through the project A recipe book: Linking technology and literacy.

She now knew that using an authentic context was one of the keys to the success of technology learning.

The playground redesign project was a chance for students to be involved in solving a real world problem that mattered to them. Pip could see that there were also multiple opportunities to build students reading, writing, oral language, and numeracy skills.

The project was to culminate in the students presenting their conceptual ideas for the playground redesign to the Board of Trustees.

Dates and key stages and their associated tasks were established right at the beginning – developing students’ understandings of planning for practice.

We hit the ground running. From last year, I knew what these students were capable of and here was an opportunity for them to leave a little bit of themselves in the school.

Two terms were put aside to run the project. Pip felt that this was a more realistic time to thoroughly explore the issue and complete the project.

The focus for formative assessment was brief development and planning for practice levels 3 – 4.

What are the attributes of good playground design? 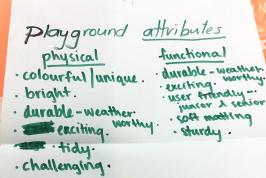 The students began by creating a class list to identify the physical and functional attributes of a good playground on the basis of their existing knowledge.

The students examined some futuristic playgrounds.

This exercise showed the students that they all had very similar ideas about good playground design.

Students were able to analyse the attributes of two nearby playground designs.

The students visited Five Forks, a nearby school, to carry out interviews with the students on the attributes of good playground design. They had designed a statistical survey in mathematics time so that the data collected could be extrapolated into a graph.

Exploring the attributes of two playgrounds

Five Forks school had a flying fox. The students there outlined how they had learnt to share and take turns on the flying fox because only one person at a time can use this playground equipment.

Pip’s students also visited the SteamPunk playground in Oamaru. This playground is located in the Victorian precinct in Oamaru and includes a pirate ship, giant elephant, and a penny farthing swing set. 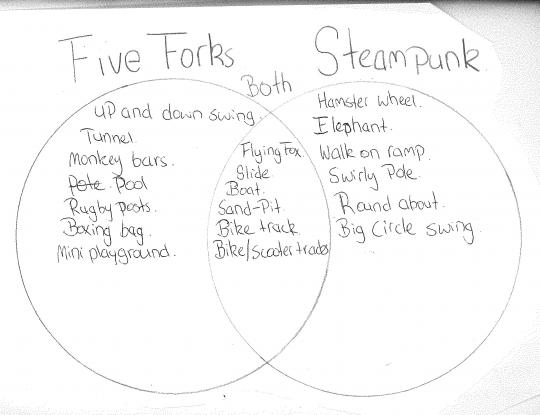 Students shared their findings on playgrounds with parents using a venn diagram.

To consolidate the students thinking around their research so far, Pip also had the students complete a fishbone diagram describing their findings.

When this student work was assessed for writing, it showed that most students were at level 3 with some nearly at level 4. 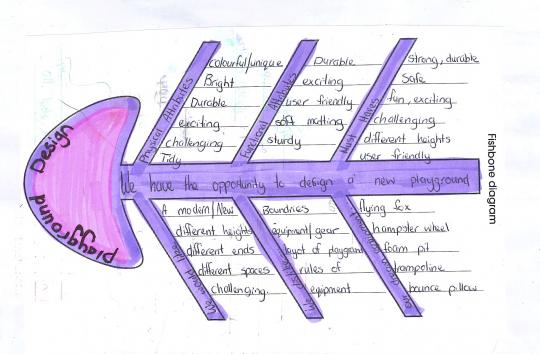 Comparing playgrounds in the past and now

Researching playgrounds 50 years ago and 100 years ago showed that the attributes of a playground were still very similar. Children wanted to climb and be up high. The main changes were the additions of colour and curves to playgrounds.

How do landscape designers work?

Exploring the practice of landscape designers

Waitaki Primary School had employed architects from Oamaru to develop a playground design alongside the school.

The playground designers visited and students were able to examine the draft plans and learn about how landscape designers model their solutions through drawing and discussion.

The designers had great conversations with the senior students about the conceptual ideas that they had come up with and their ideas of the physical and functional attributes of a good playground design. They also showed a real willingness to incorporate the students’ ideas.

What did the students recommend for the redesign?

On one of the boundaries of the school there is a big deer fence. Beyond this, there is some land that belongs to the school. The students would like to see the deer fence removed. 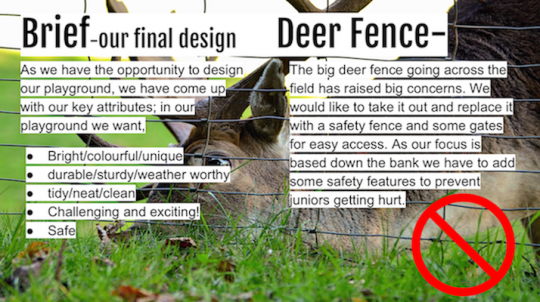 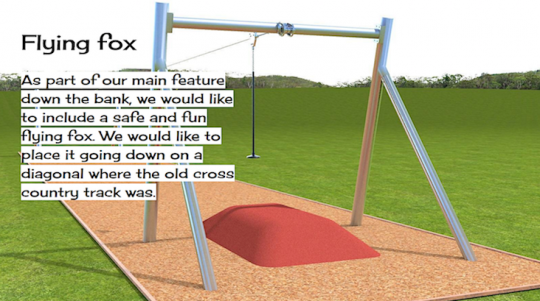 Presenting to the Board of Trustees

Preparing and delivering the presentation to the board

The culmination of the students work was to present their conceptual ideas to the Board of Trustees.

The class worked through a process of deciding who would present and how they would prepare the presentation. They decided on how many would go, who would do it (students were given time to think about whether they wanted to present in front of a full board) and who would assist with the presentation.

Playground redesign presentation to the Board of Trustees (PDF, 2 MB) 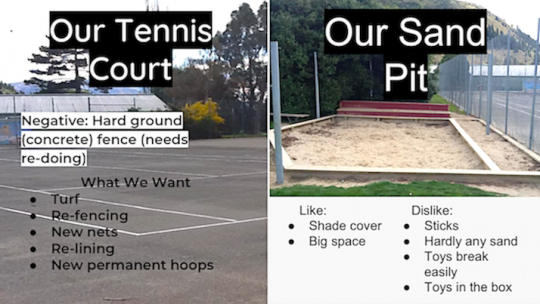 During the presentation board members asked several challenging questions, such as, “Why would only seniors be allowed on the flying fox?” For this questions, students answered that this would be seen as fair by the students because it was part of the right of passage through to the senior years at school. 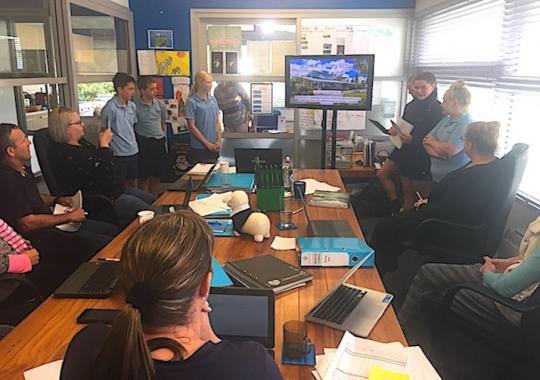 Feedback from the Board of Trustees

Feedback from the Board of Trustees members included the following.

I thought the presentation the children did for the playground design was really well thought out – we were given awesome visual handouts with explanations of how these would work. Everyone had their say and answered our questions with great detail and thought. It was obvious some time had been put into this presentation with deep thinking involved. Well done to our seniors!

I thought the presentation was impressive. The students had taken the time to plan out their delivery and the organisation of their ideas. Their language was specific, and it was neat to hear them talking about the attributes that they required – things like durability and colour, and also hearing them talking about which stakeholders each of the areas of the playground were to meet the needs of. Clearly, there had been explicit teaching of the technological language, and the opportunity to create conceptual plans that provided clear guidance on their thoughts for the development.

The Board have taken the majority of the students' ideas and given them to the landscape designers to add to their conceptual plans.

The Principal says that, "the wonderful thing is these students will be able to come back to school in a year or two and see their ideas in action in the playground. They will have clearly influenced the playground for the next generation of students."

The playground development will be staged over the next two years.

Shannon Maloney talks about building rich technology units within a programme of inquiry in years 1–6.

Steve Jeffares and Brenda Whycherley inspire confidence in their students by offering a broad programme.

Steve Jeffares shares how he inspires students to develop a love of learning.

Technology as a part of a cross-curriculum inquiry (04:52)

Andrea Robertson describes the richness of their "amazing flight inquiry" – incorporating EOTC and learning in technology, literacy, and numeracy. ...

Andrea Robertson and Lisa Hocking share how mathematics and science were incorporated into their technology learning.

Dean Gordon shares how visits within the local community created understanding of the made and natural worlds.