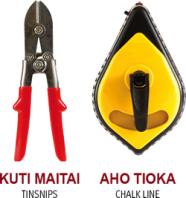 The online dictionary paekupu is updated by the Ministry of Education. It features some design and visual communications, digital technologies, and hangarau matihiko te reo Māori terms.

Terms from Trident High School's collaboration are available in the attachments below:

Trident High School is a decile 5 school in Whakatane with a role of 1,200 students. The school has a mix of 53% European and 47% Māori with many students coming to the school from te reo Māori immersion schools in the larger Whakatane area.

Technology HOD Steve Thornton explains that the Māori technology glossary is just one of many initiatives put into place by the school’s technology department as part of a school-wide focus to improve literacy at Trident. This focus was informed by the Ministry's Ka Hikitia programme and the ERO report on the success of Māori in schools.

“At a department meeting one of the ideas we came up with was to label our equipment and processes in dual languages, and that’s something I took a leadership role in,” Steve says. “So I looked in the Māori dictionary and found hammer, chisel, and saw but when I looked for socket set, hacksaw, tenon saw, pliers, and many of the basic tools we use, there was nothing in the system that we could use.”

Steve says when he talked to Te Taura Whiri i te Reo Māori staff, “They were absolutely delighted someone had picked up on this because as far as they knew it had never been done before and they thought it was really important. From there, the whole idea has snowballed and we now have an excellent working relationship with them.”

Steve started working with the Te Taura Whiri i te Reo Māori and the technology department at Trident to systematically develop and translate a list of fundamental technology terms into te reo Māori.

Steve describes the process as a true team effort, with six members of his technology team contributing to the project. “I asked my teachers and their specialist departments to give me a list of words they wanted to use. I have since been formulating those and emailing about 30 words each time from one of our technology areas such as wood, metal, food, or fabric. The Commission then spends about a fortnight translating those into entirely new Māori words.”

Steve explains that the translation process is extremely involved. “When words are added to some languages they may just add the European word, but staff at the Commission are very keen on going back and finding the derivative of these words and actually creating a new, purely te reo Māori word that fits into their system.”

As some of the terms are very specific to technology, Steve often plays an integral role in this process. “Commission staff are very precise with the translations. For example, they considered using the same word for a wood brace and a hand drill. The first is a traditional woodworking tool used only with wood while the hand drill is a more modern tool which can be used on wood, metal, and plastic. Once I gave them a better definition of each, they really wanted to define the differences using subtleties in the language.” 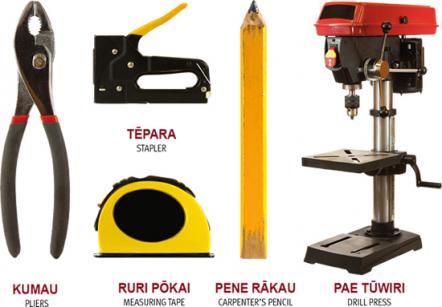