Learning about technology through toys - play based learning 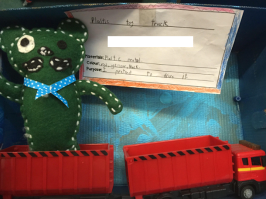 Playing is so important to children – and can be an integral part of how they learn.

At Silverstream (South) Primary School, students in years 2–3 were actively engaged by:

The toys inquiry was also great for developing understandings in the technology learning area.

Teacher Andrea Robertson launched the unit on toys with an inquiry table displaying a range of different toys. Parents contributed and brought in older and newer toys.

The questions below were displayed above the inquiry table. See the links to the curriculum.

The students interviewed parents and grandparents about their favourite toys. Some of these were also brought to class, exhibited, and shared with the children. 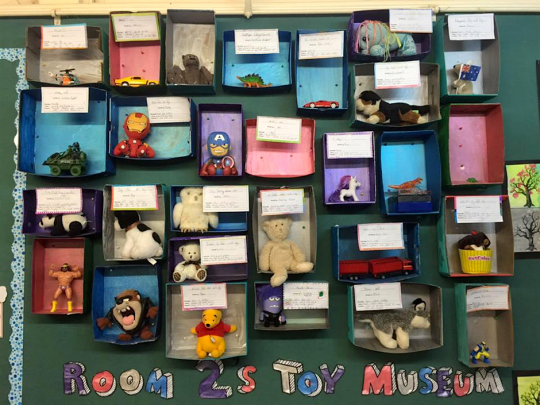 Displaying students' work lets them know you value it. The students were encouraged to bring in one of their own special toys to become part of their class display.

The students each painted their own shoe box, which was pinned to the wall to create the class toy museum.

Students displayed their work in the toy museum throughout the unit. Andrea found this display very effective in engaging parents and in guiding the teaching. 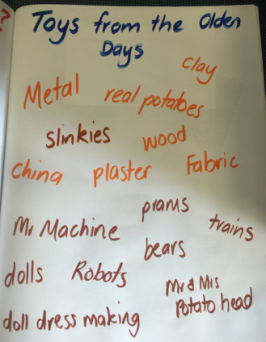 In response to an enquiry from the teachers, the National library delivered a large number of very engaging books about toys through the ages.

Andrea also collected some relevant books from the school library. Teachers read these books to the whole class and used the photos as prompts for discussion.

The books were displayed in a special area for the toys inquiry. Students could choose to read them as a part of their daily five reading programme.

Andrea found vocabulary cards for toys from the past and materials. She printed these and attached velcro to the back so that they could be used for a wall display. The display was taken down each day and students were encouraged to recreate the display, matching the toys to materials.

Furniture from a doll’s house that was over a hundred years old was shared with the class. It provided great opportunities to discuss the materials used, the performance properties of them, and the durability of wood, metal, and glass compared to more modern materials such as plastic.

At the museum, the students sat in a whare and played with some of the traditional Māori toys: pīrori (hoops), tī rākau (stick games), whai (string games). They also visited the early settlers' house and played with glass marbles, hoops, skipping ropes, skittles, and suitcases full of dominoes.

The students had great fun playing with and examining the toys. The museum visit provided a rich technological experience of toys over time, with lots of play and discussions on the materials the toys were made from.

On the same day, the students visited the Otago Model Engineering Society.

This visit included a ride on a steam train and watching many different miniature train sets in operation, as well as learning about some of the materials these were made from. Twelve  engineering enthusiasts came for the day to show the children their toys!

The teacher guidance given in level one of the indicators of progression for technological products includes: 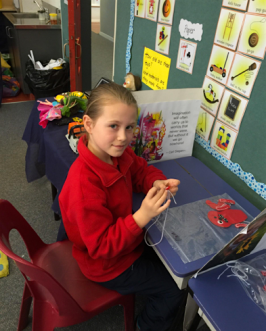 In their inquiry, the students had identified a real need for toys that were suitable for seven and nine year olds (“not too babyish”).

Their brief became –“We want a cool soft toy for 7–9 years”.

Each of the three classes in the years 2–3 syndicate took a slightly different toys focus for their technological practice. Andreas class made softies. (Other classes made miniature furniture for toys and worry dolls.)

To develop their making skills, each student first made the same softie. A parent who owned a die cutting machine cut all of the pieces from commercially-made felt and came and helped in class.

When making their toy, the students learnt about possible ways of manipulating a material (felt, dacron stuffing, wool, embroidery thread), including cutting and joining techniques. 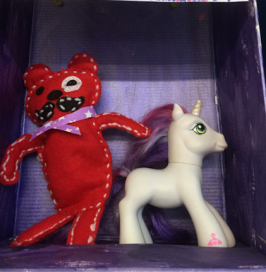 Threading a needle and sewing were all new skills to be learnt –  and took time and resilience to develop. A frequent comment in students’ evaluations on the project was – “It was hard but I did it!”

Needle threaders were used to assist the students with threading wool. In hindsight, Andrea suggests that embroidery thread may have been easier to use for sewing the softies rather than wool.

Students then designed their own monster (based on the softie prototype), which they then each cut and sewed. Andrea was also able to introduce some technological modelling understandings at this time. Many decided to have the arms all in one with the body as they had found sewing on arms very challenging in their initial prototype.

Andrea noted a growing confidence as the inquiry progressed in both their technological practice and also their use of correct vocabulary and language associated with the technology curriculum. Student evaluations included the vocabulary of outcome development and evaluation.

The softie prototype was displayed in the class toy museum. The students placed their own monster designs alongside their toys. 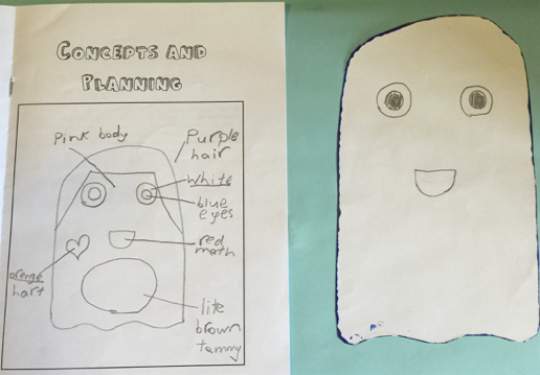 Diana Comp shares some of her strategies for engaging primary students and growing understandings in technology.

Shannon Maloney talks about building rich technology units within a programme of inquiry in years 1–6.

Technology as a part of a cross-curriculum inquiry (04:52)

Students in years 1 and 2 discuss with their teacher why technologists make things out of different materials.

Kathy Chandler and her year 1–2 students discuss technological outcomes and what technologists do.