When technology students work as a team on a project, it makes school more like real life. 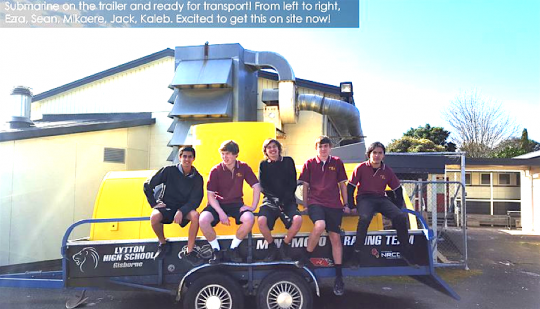 Ross discussed the challenge with Sean, one of his technology and graphics students. They agreed the team members needed to have a mix of skills, including graphics, workshop construction, videoing, and IT.

The five year 12 students Sean approached had a good mix of the relevant skills and interests required to complete the project. At one morning tea break, Sean, Ezra, Jack, Mikaere, and Kaleb all agreed to commit to the challenge – “Let’s do it.”

The project – a yellow submarine

The challenge was to design, build, and decorate a playhouse. The Lytton High School team created a yellow submarine, which they donated to Te Whare Whai Hua Childcare centre.

Even though the submarine project took up a significant amount of time in and out of class, the team says that it was very rewarding to see the smiles on the children's faces when they delivered the submarine.

As the team moved in the new structure to their playground, the children chanted “yellow submarine” excitedly. They even sent the boys drawings of their much loved new playground structure. 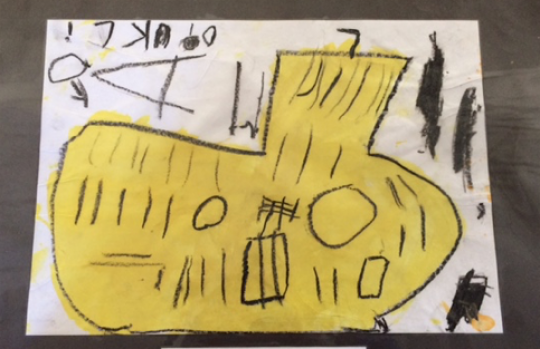 The students were the Supreme winners of the Buildability Challenge!

More about the yellow submarine project

To begin, Sean drafted up an initial construction plan, which the team agreed on. Jack kept a digital journal of the work as they progressed.

Playground structures must comply with various health and safety requirements. (The team's first idea of a lighthouse was discarded because one of the requirements is that the floor must not be more than 800mm off the ground.)

Stakeholder consultation with the manager of the Te Whare Whai Hua Childcare Centre and visits to the centre were important to ensure the structure met their requirements.

Sean, Mikaere, and Jack developed the drawings for the submarine, using their skills as graphics students.

At the end of each session, the team held a stand up meeting and agreed on the next priority for construction. They worked on a variety of tasks to realise the submarine – marking out, cutting, making the jigs, laminating timber and plywood sheets for strength, and advanced use of the router on curved sheets to produce the cutouts for the portholes. 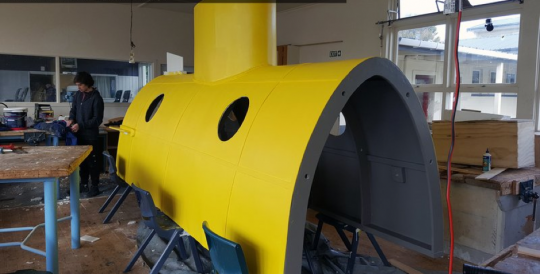 They made sure that they were always doing something – the default job was sanding. A lot of sanding had to be done before the structure could be painted!

Jack mastered the laser cutter. The submarine included windows with marine themed designs etched on perspex. Additional play features were a rudder, fish hanging on wires, a crank handle, and a periscope.

The students say they all had times when the workload felt overwhelming, but their friendship, support from their teacher and facilitator, and their desire to complete the project and possibly win the competition kept them going!

As part of this challenge, students are required to log their progress. Ezra kept a blog that detailed the progress of the project, using his skills in filming and blogging.

The combination of the school's GoPro camera and Ezra’s skills in filming and editing resulted in a quality blog that took out the best video section of the competition – and won another GoPro camera for the school!

Ezra used a mixture of photoshop and more advanced software editing tools such as Adobe Premier CC and Adobe After Effects CC to produce and edit the video clips. Much of this was self taught using Youtube clips and playing around making video clips in his spare time. Ezra used time lapse videoing to great effect, indicating to the audience just how much time and expertise went into this project.

He notes this project honed his skills in editing because he had to meet tight timeframe for the blog posts as well as meeting his other school commitments. 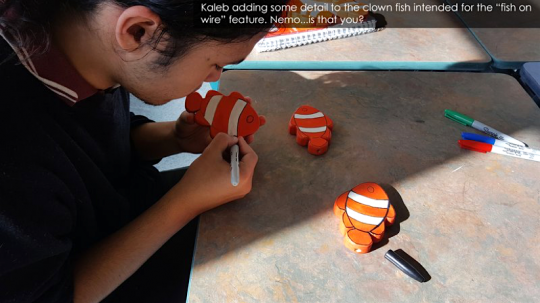 The submarine project was carried out in a mixture of class time, lunch time, after school, and holiday breaks.

The students began working on the project at the beginning of term 2, and it had to be completed by 19 August. This was a tight deadline, but they say that it kept the momentum going.

The students were supported in this project by their technology teacher as well as the local BCITO facilitator Brodie Davis.

Materials were funded by a combination of donations from the childcare centre and others and school funds.

The students were assessed using a mixture of standards, depending on their contributions to the project including:

Care was taken to collect evidence that indicated individual contribution to the overall project for the technological practice standards.

Ezra was able to access the following digital standards for his contribution in filming and blogging:

Ross notes that although the graphics work was not assessed in this instance, students could have also used this project to submit evidence for: 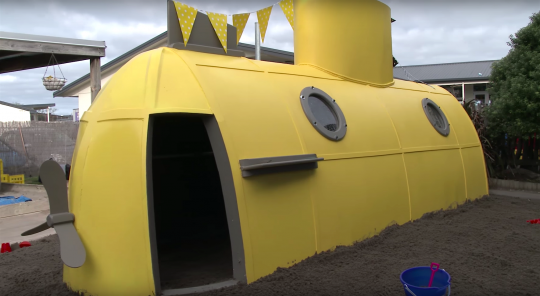