This collection of videos compares three businesses in Gisborne, illustrating similarities and differences in food processing for a local, a national, and an international market.

Food processing in a local environment

Hinterland Express Old Cottage Cakery makes pies and Christmas cakes for the local Gisborne market. The owner takes orders for pies from local businesses and sells the cakes through the Christmas Art market.

Ann Davis: My business is Hinterland Express and we call it "The Old Cottage Cakery" with making gourmet pies, fruit cakes and I’m hoping to go into cheesecakes with our own fruit toppings. We started about 18 years ago from tiny little beginnings, because I needed some extra travel money and someone suggested I make fruit cakes, because I always make Christmas cakes for the family. Make Christmas cakes and sell them at the art mart, which I did one year, and from that first 300 dollars I made from these few fruit cakes that I had sold, a lady in town who had a shop she asked if I might make Christmas cakes for her and she would sell them on and I thought "Oh!". So then I had to sit down and work out how much a cake was worth, how much time I put into it, how much the ingredients cost me etc, etc. So it sort of it worked out, that was the first year and I made enough money to almost pay my air fare to Canada so that I could go with my daughter. So from that I went around different cafes in Gisborne and asked if they might be interested in me doing a little bit of baking for them; slices and things that weren’t high risk and that would keep for quite a while, as in storage.

Serena Davis: Mum and I had joked for years about buying this cafe and doing this and doing that, so, we ended up buying a cafe.

Ann Davis: We took it over in the summer, in February and of course the main food we made then was sandwiches. We did smoothies, fruit juices, and fresh fruit juices, and smoothies and that was the main income. Then as we progressed into winter, all of that dropped off a little and we thought, we needed to make something that would bring our income up again. We progressed to pies, and someone said, "Yeah you’d make lots of money out of pies". But anyway, I started doing it, I started off with two or three different flavours and we called them gourmet Gisborne pies.

Serena Davis: It was neat being able to run your own business, working in hospitality your whole life and then actually being your own boss, being able to say well this is the way I want it. This is how it’s actually going to be. In the end it was just so time consuming, just someone would get married and then one of us would have to choose who got to go and who had to stay and run the shop and it just got to be a bit of a nightmare, so after...we decided to put it on the market.

Ann Davis: I stopped making pies for a whole year because I really needed some time out.

Serena Davis: I decided I was never going to work in hospitality again! So then, started running a friend’s winery!

Ann Davis: One of our clients caught up with me and asked would I make pies again, as in family-size pies for her and her workmates, for their families.

Serena Davis: Mum started making the odd pie again for odd people and then I’d come up here and maybe, help her out in the weekends and stuff doing some pies and Mum suggested we make the business something more. So, we’re in the process at the moment of expanding the pies and the Christmas cakes, so we’re going to try cheesecakes, we’re getting into doing cheesecakes.

Ann Davis: I send out an email to different businesses in Gisborne and there are several of them, and just word of mouth from each of the businesses, they have talked to others and other folk have emailed or phoned to see if I would send my list to them and so it’s gone on and now I’m selling loads of pies again, but it’s not as intense as it was having a cafe.

Food processing in a national environment

Walter Findlay Ltd makes bread and distributes this to the local market in Gisborne and to the East Coast.

Matt Spencer: Findlay’s been a business for about 100 years now. I think we’re up to about the fourth or fifth generation of family coming through.

We produce basically the local bread for the East coast region in the North Island. We’re supplying from Gisborne to Wairoa to about 200 and something kilometres up the coast. So we have a fairly wide district that we deliver to.

We have a few of our own varieties that we make, so we have an Eastlander bread, a plain pack that we supply to different markets, and a Gizzy loaf, which is our own branded product.

Generally within a day we would normally produce about eight to nine thousand loaves a day. In the summertime it increases, we can get to 12s – 13s at times especially around New Years – Christmas period when everybody is in town for the Rhythm and Vines.

Food processing in a global environment

Cedenco Foods in Gisborne processes local fruit and vegetables into pastes, powders, and frozen products. These are used as ingredients in products for domestic and international markets.

Carla McCulloch: Cedenco’s a bulk ingredient manufacturer. We make paste, powders, and frozen pieces, and we often pack these products into bulk packaging. 20kgs up to 1.5 tonne bins.

So you won’t see Cedenco brands on the shelf, but you will see other companies that we sell to. So Heinz, Wattie's, Nestle, Continental, Cerebos, Coca-Cola so all those types of companies – they all use our ingredients. We sell to domestic customers, so New Zealand companies, we’ll also send products to Australia and mainly Asia.

For our factory it can be a really long time from when the raw material comes into the factory and from when the material reaches the customer, so a lot of time and resources, a lot of testing, that sort of thing, to approve the product and then to get the orders ready and then off to the customer.

Pumpkin or squash is the green skin squash that we have a lot, we do a lot with. We do what we call IQFs, so Individually Quick Frozen processing. Mainly the Asian countries really like this pumpkin with the skin on, so we do a small ten ml dice with the skin on. Other customers like the skin being off the pieces, and larger chunkier what we call random-cut pieces. So that’s a really, really, popular product for us and seems to be gaining momentum in the market place. Also with pumpkin we make a frozen puree and we make [an] aseptic puree as well. Then of course we do pumpkin powder. So, pumpkin is a really important vegetable for us.

An aseptic paste for us is one that's shelf stable. It gets pasteurised or heat treated at a really high temperature, really quickly, so that it maintains its colour. Then it’s packed into a multi-layered, foil bag, which allows it to be stored at ambient temperatures for up to two to three years, so it’s shelf stable and that’s what we call the aseptic paste, so it’s commercially sterile. To have freezer and chilled space it’s really expensive for companies, so the aseptic purees and pastes are a really good option for them if they only have dry storage, so they can store it in a dry storage and that can be left for up to two years. So, they could buy a whole lot of product and they don’t have to have any pressures to use it straight away. Sometimes if they can use it for longer, but sometimes the colour will diminish over time.

Another product that we’ve picked up over the last couple of years is thin pumpkin slices and that goes to Japan also. The customer there deep fries it so it’s like a chip and they put it into a packet with other thin slices of onion and sweet potato or kumara. Some of our kumara. So that is in its infant stage at the moment with us and we hope that the customer will be able to grow their sales in Japan so that we can produce more for them. It’s a good product development for Cedenco.

These food industry stories could be used to develop understandings of the following indicators:

What's available in your community?

Examples of businesses operating at local, national, and international levels may be found in your region. Connecting students with technologists and their businesses in your community is a great way to increase student understandings in the technology curriculum.

Students themselves will often have whanāu and friends involved in local industry. Small businesses like the Old Cottage Cakery are often a good starting point because students can make connections with their own practice as technologists.

The work of technologists 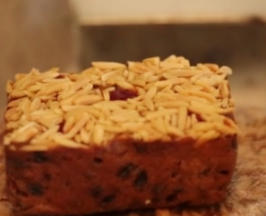 In the context of one of the food products produced, students could investigate the decision-making processes employed by the technologist and explore their creative and critical thinking.

The following achievement standards relate to the differences between food industry businesses in local, national, and international contexts. 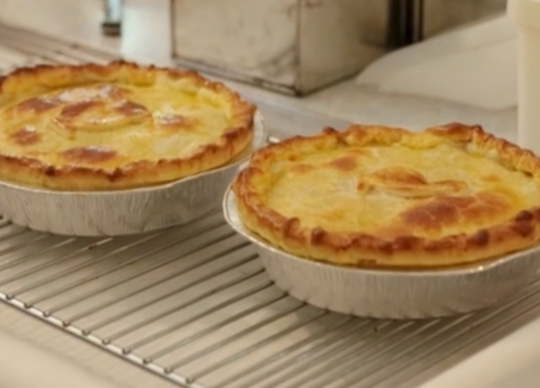 Ann Davis talks about the process she followed with the Gisborne District Council to acquire registration for her business....

Food safety and packaging in a global environment – Cedenco Foods (04:05)

Cedenco Foods is audited annually for their food safety accreditation. In addition they have two voluntary certifications that have global recognition....

Ingredients, equipment, and energy costs are considerations when calculating prices of pies.

Noel Amor the technical manager at Cedenco Foods talks about how they ensure an efficient operation and considerations when purchasing plant....

Food processing and testing in a local environment (03:03)

Ann uses family and friends to evaluate her pies. She uses pie cutters to achieve accurate pastry size for tins....

Cedenco Foods has to manage planting and harvesting times to ensure maximum utilisation of the factory facilities and meet customer specifications....